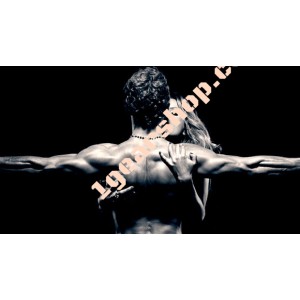 "Don't have sex the night before a match or competition, it will make you weak." The same is said about muscle mass and strength. Have sex and the next day you train: bad results! The problem is not only that this philosophy makes life too monotonous, but it is also unproductive.

There is a very sensitive balance between training and recovery. You train to stimulate the body. It breaks tissues, releases hormones, stimulates and forces the body to adapt. The body adapts by releasing anabolic hormones in response to the catabolic nature of stress hormones. That's why we consume protein after workouts, spend time in saunas, do relaxation massages and make sure we sleep well.

Guess what else quickly pushes the body into a state of parasympathetic relaxation, quickly suppresses stress hormones and floods the body with healing hormones such as oxytocin? That's right, sex and more precisely - orgasm!

✪ The Science of Orgasm

Here's how orgasm works in a sexual context. There is a period of excitement when the desire accumulates. It is everything that happens before physical contact, and what we call eroticism. This state of excitement and anticipation is related to the release of stress hormones (catecholamines and cortisol) but also to the activation of the dopamine circuit in the brain. In some studies it was concluded that it raises testosterone levels.

Research in this area is just beginning, and so far it seems that there are individual answers. E.g. In some women, the state of arousal led to a decrease in cortisol, while in others it resulted in stress and increased cortisol, and in others there was no hormonal change.

As things escalate to sexual contact, most of the changes that occur are in the brain. One hormone that is released massively during physical contact is oxytocin, which has many beneficial effects. It is a hormone involved in feelings of connection and soul connection and is closely related to low levels of stress hormones.

When orgasm occurs, it is associated with many changes in the brain and two major hormonal changes. Oxytocin reaches a peak and dissipates rapidly, except when physical contact is maintained (holding partner in the arms).

The other hormone released is prolactin. If there is an orgasm hormone, it is prolactin. In both women and men, prolactin levels increase rapidly after orgasm. The magnitude of the secretion and duration is in favor of men, that is, men release more prolactin over a longer period of time.

✪ Is sex the best pre-workout incentive for women?

Women do not feel so strongly this refractory period after orgasm, which is why they can have several orgasms in a row. If this condition occurs, it is short-lived. All due to lower prolactin levels.

There are other changes after the orgasm. Imaging studies (with MRI) on women have shown that many changes occur after orgasm. These include activity in brain areas associated with relaxation, tactile sense, sense of self-reward, memory and pain.

It seems that orgasm is a great way to reduce pain (especially in women)! This effect can last hours after orgasm. Along with all this comes the reduction of anxiety and less activity in parts of the brain associated with fear.

Less fear, less anxiety, better concentration and less pain? It seems like the perfect mental state. Could orgasm be a pre-workout incentive for women? Science has not yet responded to this, but it seems likely from what has been discovered so far!

I'm sorry guys, but there are no similar studies in men. Unfortunately, there are indications that the reduction of fear, anxiety and pain after orgasm are specific only to women.

✪ Too many orgasms?

There is also talk of abstinence. While the anticipation of sex and sexual stimuli increase testosterone levels, after orgasm these levels decrease. Not surprisingly, high levels of prolactin inhibit testosterone.

But here the studies are mixed. Some information suggests that these rapid and rapid, but brief, increases in prolactin may have positive effects on receptor cells associated with testosterone production.

Other studies are mixed in this regard. Some show testosterone increases after orgasm, other decreases and other steady levels. It is a common situation in hormone studies. Their responses differ greatly from person to person and are easily influenced by external factors.

But is there evidence that sexually improving or decreasing physical performance during exercise? The October 2000 issue of the journal "Clinical Journal Of Sports Medicine" synthesized all the studies in the field very well. In essence, it shows that there are no decreases in physical performance related to sex. But most studies involved sex 8-12 hours before the sporting event.

Studies cannot control the intensity of the sexual act and do not take into account the psychological component. Obviously, a two-hour sex match, with multiple orgasms, in the morning before an important workout or match will be a problem.

In sport there is also a psychological component, very important. An optimal mental state is when you are relaxed, alert, focused and without much anxiety. This dictates performance. And as you can imagine, they are all very individual. They are the elements that differentiate the good athletes from the exceptional athletes.

There are no studies in this regard, and they are just speculation. But, the experiments on their own skin I think would be quite pleasant in this area!

You can be sure that sex is effective in helping you rest and recover better after exertion. Orgasm is one of the most relaxing activities that exist. There is no need for science to tell you how good you feel after sex, but fortunately science supports what we already knew.

The changes in the brain that occur after orgasm are very relaxing (it is said to resemble heroin). Dopamine decreases and serotonin increases. It is the emblem of a satisfied and relaxed psychic. We can imagine less harmful eating cravings, a better emotional state, less worry and a better focus on the present.

And the hormonal activity supports rest and relaxation. Stress hormones, especially cortisol, are lower (cortisol response may vary, especially in women). Oxytocin levels are high and may remain so if human contact continues after sex, by hugging the partner. This makes us feel supported, suppresses harmful cravings and gives us a good mood.

The greatest impact is prolactin, which is released more in men. It is the factor that determines sleep easily by sex, and the reason why this stereotype was created in men more than in women. Some studies show that these sudden but transient increases in prolactin have good effects on testosterone production. But consistently increased prolactin has suppressive effects on testosterone.

All these make sexual activity an ideal method of recovery for those who submit their bodies to demanding training.