Mesterolone is an anabolic steroid, but it is not used by bodybuilders to build muscle mass and strength, but for its anti-estrogen properties and its ability to give muscles a tough look. It can be successfully added to any steroid cycle.

Mesterolone is among the oldest anabolic steroids and was released on the market in 1934. Proviron is a unique steroid. It can be used in muscle mass accumulation cycles, but not for its anabolic properties. It is also used in defining cycles, but again with a special purpose.

In bodybuilding, Proviron is used as an anti-estrogen, preventing or slowing the aromatization of other steroids. The result is comparable to that of Arimidex (though less effective), preventing the accumulation of estrogen in the body. This is unlike Nolvadex, which only blocks the ability of estrogen to bind to certain tissue receptors.

Mesterolone is also used when low estrogen and high androgenic levels are desired. It is very well associated with Winstrol, Oxandrolone or Primobolan. In this particular case, Proviron can help strengthen and increase muscle density. Plus, it has a synergistic effect with other steroids.

It is used during bulking steroid cycles, for the properties mentioned above. But it is most often used during cutting steroid cycles. It will give your muscles a rough look, similar to Masteron, but it will also directly burn fat, interacting strongly with androgen receptors in fatty tissue. Its main feature, however, is to increase the androgenicity of other steroids.

Mesterolone is used in medicine to treat sexual dysfunctions, which usually result from a low level of endogenous testosterone. It can solve problems such as lack of libido and impotence or even increase the amount of sperm. Proviron does not inhibit the own production of testosterone and is highly androgenic, so it can stimulate the body to produce its own testosterone, increasing the quantity but especially the quality of the sperm.

For men the typical dose is 25-150mg/day. These doses are sufficient to be sure that gynecomastia will not occur. It can be used with Nolvadex especially when using high estrogen steroids such as Dianabol or Testosterone. 50mg of Proviron and 20mg of Nolvadex/day are extremely effective in such cycles.

However, in practice the minimum effective dose is 100mg/day. 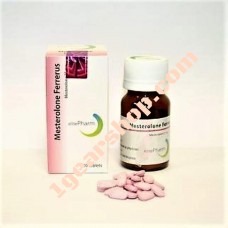 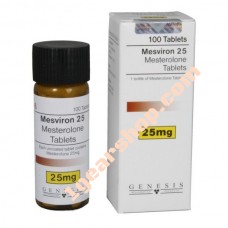 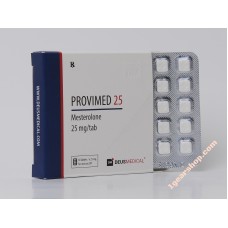 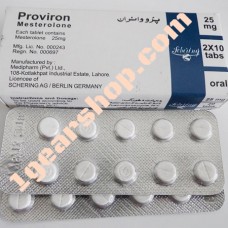