Fluoxymestone is a legendary oral steroid among strength athletes. It is not very used by bodybuilders, being especially known for its strength growth rather than grow of muscle mass.

Fluoxymesterone is a steroid with strong anabolic qualities and insignificant androgenic. It is used when it is desired, especially for an increase in strength rather than muscle mass.

Halotestin is legendary among powerlifters and strength athletes. It is not very popular among bodybuilders, being used by these especially before the competitions, to strengthen the already accumulated muscle mass. In terms of muscle mass, the results are near zero.

Fluoxymestone is best used in defining cycles or when force is desired. As a muscle mass builder is very weak. We can say it's not a versatile steroid. Halotestin is used only for very precise purposes.

Fluoxymesterone greatly increases aggressiveness, a positive thing in competitions or brutal training. Bodybuilders use it a few weeks before the competitions, when the diet is extremely severe in order to cope with the training. It also gives a more rough appearance.

The daily dose is 20-40mg. Since Halotestin is a very toxic steroid for the liver, its use should be limited to a maximum of 4 weeks and not exceed 40mg/day. Most athletes say a two-week cycle is more than enough. It should not be taken simultaneously with other oral steroids. After stopping the administration, a break of at least 8 weeks should be made after any type of oral steroid. If you want to increase your aggressiveness before training, a 10mg dose can be used before training for a better performance.

Halotestin is not the most toxic steroid in existence, but it is definitely top notch. It is very toxic to the liver and can have a pronounced negative impact on the cardiovascular system.

As androgenic side effects can be mentioned: acne, hair loss for those genetically predisposed and hair growth on the body. The occurrence of these side effects also affects the sensitivity of each user, but with Halotestin the chances of these side effects occurring to a certain extent are quite high. Fluoxymesterone is so androgenic that some studies have suggested it may lead to an enlarged penis!

Side Effects On Testosterone

A cure of Nolvadex and Clomid is more than necessary after the end of the cycle. Suppressing your own testosterone secretion is very pronounced so you need to follow a postcycle therapy.

If during the administration of Halotestin, testosterone is not taken, problems with erection, low libido, lethargy and other symptoms of testosterone deficiency can occur.

A negative aspect of this steroid is that it tends to decrease levels of thyroid hormone T3, while levels of T4 remain unchanged. But this also happens when using other anabolic steroids, such as Trenbolone. 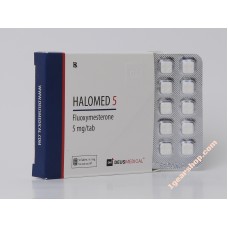 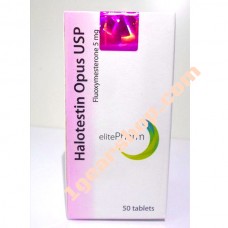 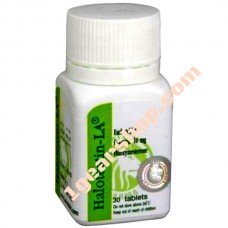 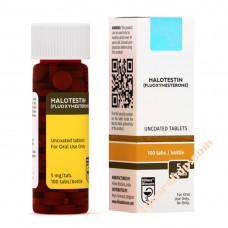 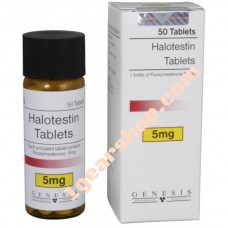