Article The Fat That Fattens You 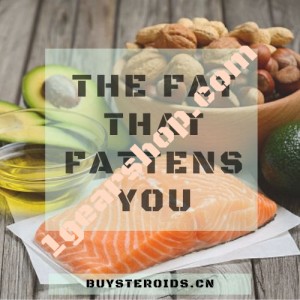 For years we were told to consume as much of this fat, but the result was fattening the population and heart diseases. And it is a fat that is found in everything! It's about polyunsaturated fats.

For years we were told to consume as much of this fat, but the result was fattening the population and heart diseases. And it is a fat that is found in everything! It's about polyunsaturated fats.

For decades, nutritionists have been telling people to replace saturated fats with polyunsaturated fats. This method has lowered the cholesterol, but the incidence of heart disease, stroke, fattening, and metabolic damage has increased tremendously. Why?

The population of the modern world consumes unnaturally large amounts of linoleic acid, a polyunsaturated fat.

A history of diets in the South Pacific

Polynesians from the island of Tokelau had a high consumption of saturated fats, most of them from coconut, but also from fish. Over 50% of the calories in their diet came from saturated fat, while the percentage of linoleic acid in the fat storage of these people was only 3.8%.

So, if what is believed in Western society is true, then these Polynesians should have been wrecks ... yet they were in excellent health. They had no cardiovascular diseases, neither other problems. That was until they moved to New Zealand and adopted a Western diet! In fact, by the 20th century, heart problems were rare worldwide.

Other incriminating studies and linoleic acid

In another study, the researchers studied elderly people who had the same diet all of their lives. They had about 10% linoleic acid in fat stores. Half of the subjects went on a diet that included a lot of corn oil, a polyunsaturated oil rich in linoleic acid.

The percentage of linoleic acid began to increase steadily until it reached 20%; the incidence of diabetes and obesity has increased greatly. The higher the levels of linoleic acid, the worse their health and the waist circumference. Subjects in the control group, who did not change their diet, remained healthy and did not get fat.

Keep in mind that if you allow this to happen, you will get too fat and will have terrible metabolism, things can be solved, but it takes a long time!

The poison is in the dose

Anything becomes toxic if you consume it in too large quantities (even water!). In the case of linoleic acid, this critical point is easily reached today because of the modern diet. Here are 5 foods to analyze from the point of view of the content of linoleic acid.

It is a source of benign, or relatively benign, linoleic acid. Even today, when most cattle are raised with cheap grains and concentrates, if you eat the fattest pieces of beef, and they would be your only source of lonoleic acid, you still do not ingest enough to harm you.

Even in cattle raised only with cereals, which doubles the amount of linoleic acid in fat, only 4% of the fat would be linoleic acid. If you eat 3000 calories a day and 50% would come from beef fat, you would eat 7 g of linoleic acid a day, which is ok.

And milk or dairy products such as butter, cream, yogurt, kefir, etc., which come from cows raised with cereals (poor quality) have only 2% linoleic acid content.

The levels of linoleic acid in chicken or pork depend on what they were fed.

For example, pigs and chickens on the island of Tokelau had only 2-3% linoleic acid. What we buy from supermarkets has somewhere between 20-30% linoleic acid. This is due to the industrialization of agriculture and the industrial breeding of animals. The profits are good for the big producers, but the quality of the products leaves to be desired.

And "bio" meat from animals raised in good conditions can have high levels of linoleic acid because such animals are fed with soy. Many such farmers believe that quality soy, genetically unmodified, is good for animals.

Probably the best thing to do would be to get your pork and chicken from the rural area, where the animals are still raised naturally.

The only oilseed that are problematic arepeanuts. Contains 32% linoleic acid and peanuts are the most consumed oil, being the cheapest and accessible. If you eat peanuts often and do not like the measure of your waist, replace them with moderate amounts of almonds, nuts, hazelnuts or cashews.

Extra virgin olive oil is not bad. It has slightly more linoleic acid, 9%, but it is not a problem.

But when it comes to the most commonly used vegetable oils, things change. Sunflower, corn, cotton or soybean oil contain over 50% linoleic acid. Sofranel oil is 75%.

Other vegetable oils are not problematic, such as sunflower rich in oleic acid or palm oil. Most of the other oils, that are not mentioned here, contain between 25% and 50% linoleic acid.

Why is linoleic acid dangerous for the waist and health?

Linoleic acid in large quantities is linked to a dysfunctional metabolism.

Linoleic acid comprises most of LDL (bad cholesterol) and is easily oxidized. In other words, the more linoleic acid you have in the body, the greater the chances that LDL linoleic acid will oxidize, leading to body damage.

Increased levels of linoleic acid decrease insulin sensitivity and lead to metabolic disorders, diabetes and fat / obesity. The mechanism of action is unknown, but it is probably related to changing of some genes.

There is also evidence that oxidized linoleic acid may interfere with receptor function, which would stop fat metabolism.

What about cholesterol levels?

If you have high levels of fat, eliminate all dietary fats except beef, coconut, dairy, fish, seafood, low in oil (except peanuts), fish oil and extra virgin olive oil.

Eat pork as low as possible and do not eat fat from chickens, if it is not raised with naturally.

Regarding the linoleic acid that you already have in the body, you will need half a year or two. It cannot be burned directly and replaced with other fats.

Tips for purifying the body from linoleic acid

Decreasing linoleic acid in the body at medium or low levels will allow you to have lower levels of fat and better body composition (ratio of fat to muscle mass). Here's how you can change your diet to get results faster.

✪ Restrict as much as possible the supply of linoleic acid.

✪ Avoid pork and chicken fat. Fat from beef or sheep is acceptable.

✪ You can eat moderate amounts of oilseeds such as macadamia nuts or hazelnuts. Avoid peanuts as much as possible.