The Trenbolone Enanthate is the long-acting ester of trenbolone. This is one of the most powerful anabolic steroids currently available in the world. Its effects are identical to those of Acetate ester. The only difference between them is the period of action.

What is Trenbolone Enanthate?

The Trenbolone Enanthate, besides being one of the most powerful anabolic steroids in the world, is also one of the most recent. It appeared on the market in 2004 as a substitute form of Parabolan. It uses enanthate ester instead of hexahydroxybenzylcarbonate.

Trenbolone Enanthat is a highly effective steroid and appreciated in the bodybuilding world. The long lead time of the enanthate ester makes injection less often than the acetate ester. This is especially good for the persons who are afraid of too many needles. Its action period is 2 weeks.

Among the most important effects of Trenbolone Enanthat are the same as Acetate. In particular:

✪ Stimulating the increase of IGF-1 levels in the body

✪ The ability to bind to Androgen Receptors (RA). This leads to a better connection of all the anabolic mechanisms in the body

✪ The ability to bind to glucocorticoid hormones (stress hormones) and to deactivate them. When they are active, these hormones create a catabolic environment in the body. This leads to the destruction of muscle tissue

All of these effects make the Trenbolone Enanthate a wanted steroid in the bodybuilding world. We should not forget to mention that its anabolic score is 500 compared to testosterone that has an anabolic score of 100.

As mentioned above, the Trenbolone Enanthat is a long-acting ester. Respectively, its dosage is rare and is recommended to be 150-300mg/week. Cycles with this steroid last between 7-10 weeks.

It is absolutely necessary that after a Trenbolone cycle to follow a post-cycle therapy (PCT). It is also advisable to use HCG at doses of 500 I.U./week during the cycle.

You should know that if you want to use Trenbolone for the first time, you should use acetate ester. It exits the body within 2 days in case some unwanted effects occur. In the case of the Enanthate ester, it comes out of the body within 2 weeks. Therefore, as a rule, Trenbolone Enanthate is used by athletes who have previously tried this steroid and know how their body tolerates it.

What are the side effects of Trenbolone Enanthate ?

Its possible negative effects are the same as those of many other steroids. Here we can mention: baldness, especially for those genetically predisposed; acne; gynecomastia; increased aggression. However, if the recommended doses are maintained, there should be no problems.

Trenbolone Enathate remains a steroid that can create more sensitivity than other steroids. If you notice that your body does not tolerate this steroid, its administration should be discontinued immediately. 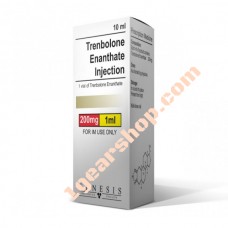 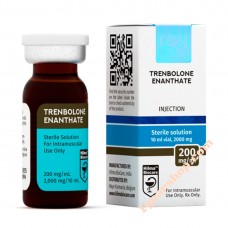 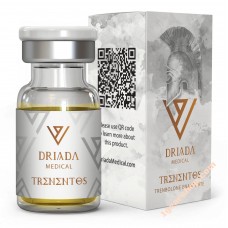