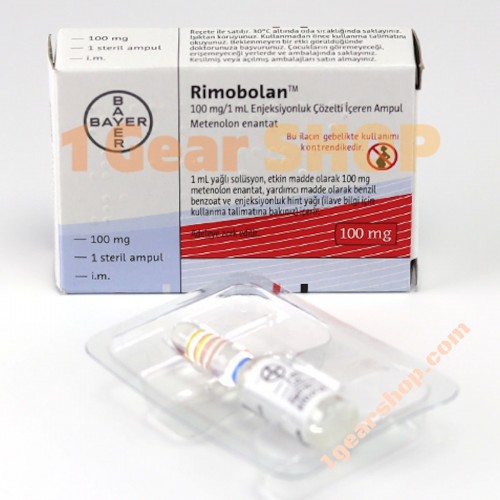 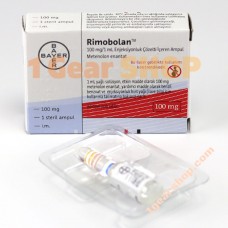 Rimobolan Bayer is a steroid known as the active substance Methenolone Enanthate. Rimobolan enjoys great success among bodybuilders. This has become the favorite and very popular steroid in the bodybuilding world over time.

Rimobolan Bayer (Methenolone Enanthate) is the steroid that has a history behind it. Rimobolan Bayer is used by both amateurs and professional bodybuilders.

There are athletes who claim that rimobolan would not be an effective steroid. However, it should be mentioned that these opinions appear for the following reasons

✪ Another reason would be the high cost of this steroid. Primobolan is considered one of the most expensive steroids.

✪ Another reason for those who argue that rimobolan is a weak steroid is the fact that many of those who use it do not know that primobolan is available both in the injectable version with a long-acting ester (Methenolone Enanthate) and in the oral version with a short-acting ester action (Methenolone Acetate). Respectively they don't use the right ester they need. This needs to be known and taken into account when you are on your cycle.

✪ And last but not least, but quite important, would be the reason that rimobolan is a very counterfeit steroid. Especially in the oral version, this steroid is highly counnterfeit. This means that there is another active substance in the pills or injections without the clients knowing about it, or the dose is far below the limit indicated on the packaging. Respectively, if you use such counterfeit primobolan, you have every chance to be disappointed with the results of this steroid

Professional bodybuilders who know how to use this steroid and enjoy results claim that primobolan is one of the few steroids that build muscle mass even with a low calorie diet. Moreover, the muscle mass gained with this steroid is clearly qualitative compared to that gained with other steroids.

A special feature of this steroid is that it has an increased ability to bind to androgen receptors, which ultimately leads to increased fat burning. That is why it is often used by bodybuilders during cutting cycles.

Another feature worth mentioning is that rimobolan has the ability to raise immunity, which is why it is used to treat AIDS patients.

What is the dosage for Rimobolan Bayer?

Recommended doses for rimobolan are 200-800 mg per week. The dose of 400 mg per week has proven to be one of the most successful in taking this steroid. If you plan to use this steroid for less than 12 weeks, then there is no point in using it.

Rimobolan Bayer is a steroid that perfectly combines with Oxandrolone and Nandrolone Decanoate.

Nowadays is very difficult to find where to buy original Rimobolan Bayer online. 1gearshop.com is a steroid shop who care about customers and its reputation. We kindly reccomend to became our customers and to enjoy only genuine products wich safe and discreet delivery to any country.