HGH Fragment 176-191, also called AOD9604, is a fragment of growth hormone that controls fat release and burning, but without affecting the growth of internal organs and glycemia. Is considered the most efficient fat burner novadays without registered side effects. For comparison, it is 12 times more potent in fat burning than human growth hormone.

As mentioned, HGH Fragment 176-191 is a fragment of the Human Growth Hormone. Namely, this fragment of the hormone is responsible for burning fat. This fragment, which consists of amino acids 176-191, represents less than 10% of the mass of the HGH molecule and has no effect on growth and insulin. Like HGH, fragment 176-191 stimulates lipolysis (fat burning) and inhibits lipogenesis (creation of new fat deposits). It does not affect the appetite.

In the laboratory tests, HGH fragment 176-191 released the fatty acids especially from the fat cells, the normal cells remaining relatively unaffected, stopped the accumulation of fat in all the fat cells and improved the burning of the fatty acids released from the fat cells. In laboratory mouse tests, it reduced the body fat in obese mice, without altering their diet and without registering internal organ growth or other unwanted side effects that occur when using synthetic growth hormone.

It seems that the HGH fragment 176-191 mainly reduces abdominal fat, especially visceral fat. It also has a slight effect of increasing the muscle mass, but it remains in particular a substance used for fat burning. It may also improve the lipid profile (lowers bad cholesterol and raises good cholesterol). So far, studies lead to the conclusion that in the future it can be used as a medicine for the treatment of obesity, with much reduced side effects compared to synthetic growth hormone.

HGH Fragment 176-191 is administered subcutaneous with insulin needles. The doses are between 150 mcg and 250 mcg, but there are people who take doses up to 500 mcg/day. HGH Fragment 176-191 is found in powder form and is dissolved with bacteriostatic water. It is good to be administered before cardio or before sleep. It is very important that you do not eat before injecting. Thus, the body will use its own fat to produce energy.

Another good idea is to inject HGH Fragment in the morning. This should be followed by a cardio session. After that, take the first meal that should be mostly protein. If you get injections in the evening, eat at least 3 hours before sleep, also a meal high in protein and low in fat and carbohydrates. 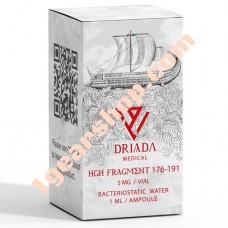 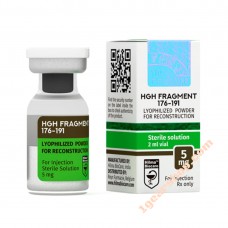