GHRP-6 is part of the new wave of hormonal peptides used in sports to increase sports performance. These are powerful substances, but they do not have such negative side effects as synthetic growth hormone. GHRP-6 is a growth hormone secretagogue, a peptide that releases growth hormone.

GHRP-6 is part of a group of peptides through which the pituitary gland and hypothalamus release more growth hormone. For medical purposes it is used to stimulate appetite by simulating hunger and energize metabolism. It is used in the treatment of growth hormone dysfunctions but also in eating disorders.

Another action of this preparation is that it acts on the nervous system, protecting the neurons but also by increasing the strength, in a similar way to the anabolic steroids based on dihydrotestosterone.

The benefits of enhancing HGH secretion by using GHRP-6 include: increased strength, muscle mass, rejuvenation and strengthening of joints, connective tissues and bones. Increased HGH secretion also results in the release of more IGF-1 from the liver, which is believed to be the main anabolic means of growth hormone action.

The optimal doses for RHGH-6 are 100-200 mcg, administered 2-3 times a day, possibly accompanied by a GHRH such as Geref or CJC-1295. Higher doses of RHGH-6 lead to the gain of a big fat layer, indirectly, due to the very high increase of the hunger sensation. It is given by subcutaneous injections, ideally 2-3 times a day; 30 minutes before the meal. It is kept in the refrigerator, but it is good to leave it at room temperature one hour before administration.

It can be combined with mild steroids, such as Anavar, but also with stronger steroids such as testosterone enanthate, when it is desired to gain muscle mass. It is recommended to be used during the bulking cycles and not the cutting cycles; the effect on appetite makes any diet extremely difficult. It is not recommended for people who get fat easily. The most suitable is for ectomorphs. It is also very useful for athletes who recover after an injury. 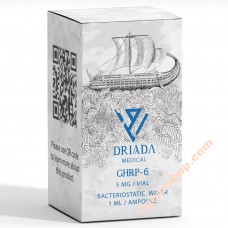 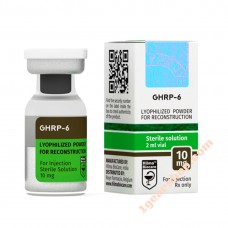