The Turinabol is an anabolic steroid designed in 1965 in East Germany. It was a forgotten steroid but it has returned to the world of bodybuilding in recent years.

The Turinabol Steroid was introduced to medical practice in 1965 and a year later it was used also used in sports. In 1972 it was one of the most widespread steroids among athletes in all kind of sports.

The Turinabol has a very low androgenic effect (6 out of 100) and its anabolic effect (54 out of 100) making it a very potent steroid. Compared to the Methandienone which has an androgenic effect of 43/100 and an anabolic rate of 90/100, but has many more unacceptable side effects for many athletes. Turanabol does not cause gynecomastia, or retention of water and fat.

The Turanabol is derived from methandrostenolone, with an additional chlorine atom at the 4-th position. That's why he does not have flavors, and its metabolites leave the body very quickly.

Using Turanabol in steroid courses brings low muscle gains but of good quality, without fat and water retention. Also, no side effects are noticed. It suppresses its own testosterone production, especially when it is used for longer periods and recovery is easy if the PCT is done.

During the first administration period, Turanabol will rapidly increase the strength. Another positive aspect is that it gives the muscles a rough appearance without retaining the subcutaneous water. It is also considered a "sex steroid" because it increases quickly increases the libido for men.

If you want to burn a large amount of fat, then Turanabol will not help because it is a steroid, not a fat burner. It has the role of protecting the muscle mass when a caloric restriction is followed. However, most often it is used by athletes and less by bodybuilders. It increases the muscle endurance, physical exercise capacity and improves recovery.

Daily doses range from 20mg/day to 100mg/day depending on the desired results. If your weight is less than 90 kg than you should use 20mg/day. If you are heavier, than the normal dose is 40-50mg/day.

When administered at doses of 50mg/day, it increases muscle tissue smoothly and forcefully. It can be combined with Parabolan (200mg/week) and / or Winstrol (150mg/week), which leads to the building of the mucous mass and fat burning, without the use of a fat burner.

To calculate the optimal dose, you should apply the next formula: weight in kilograms divided by 1,5 or 2. It can be taken in the morning or twice a day in the morning and afternoon.

The dose for sportsmen is 2.5mg/day - 5mg/day. At these doses, there should be no risk of virilization, however start at the lowest dose and do not exceed 5mg/day. Cycles should not be longer than 4-6 weeks.

What are the Turinabol Side Effects ?

The side effects of Turanabol are among the smallest of all anabolic steroids and vary from one person to another and by the doses you use. The most severe side effects are related to the cardiovascular device.

what are the Turinabol Estrogenic Side Effects ?

Effects of estrogenic nature such as gynecomastia, water retention and fat retention do not occur. Turanabol does not flavor and has no progestinic nature.

It can cause acne, but only if you are predisposed to it. It also causes oily skin and increased aggression, but these effects are rare and do not occur often. Taken at 50 mg daily for 6 weeks, should not have any pronounced side effects.

The usage by women at low doses is relatively safe, and if the doses are higher, it will cause virilization (voice thickening, hair growth on the body, clitoris enlargement).

Turanabol will have a significant negative impact on the lipid profile (decreases HDL and increases LDL). If you already have problems with this aspect, you should not use this steroid. It is advisable to supplement the diet with 4-5 g / day of fish oil and eat as healthy as possible to avoid cholesterol worsening.

Side Effects On The Liver

Turinabol is not the most toxic oral steroid but is toxic. During the cycle, alcohol should not be consumed and drugs should be avoided as they are usually toxic to the liver as well. The use of Turanabol should be limited to 6-8 weeks. 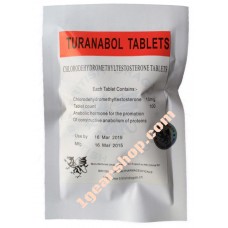 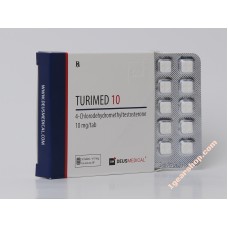 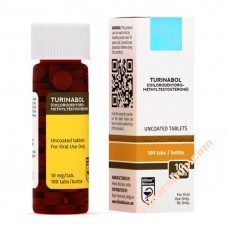 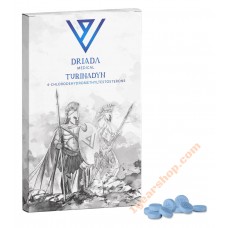