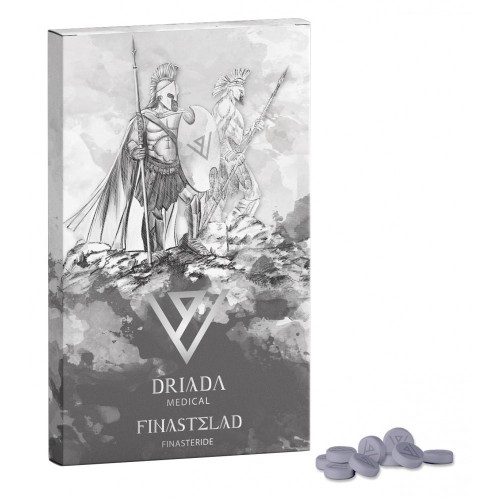 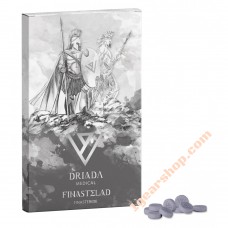 Finastelad by Driada known as Finasteride is a medicina that is used by bodybuilders during steroid cycles to prevent hair loss. Finasteride does this by inhibiting the conversion of testosterone to dihydrotestosterone.

Finasteride is a drug that effectively reduces the concentration of DHT, eliminating or diminishing androgenic side effects. The effect is very fast, suppressing DHT in a proportion of 65% in 24% from the administration of a 1 mg tablet.

In medicine, Finasteride has been used for 2 purposes. It was first marketed as Proscar, intended to treat prostate adenoma. In the winter of 1997, finasteride was also approved to fight baldness. Finasteride as a medicine is considered by many to be an extremely important finding for those who have hair loss problems.

Finasteride has too little impact on other hormones in the body. It has no affinity for the androgen receptor and does not exhibit androgenic, anti-androgen, estrogen or anti-estrogen behavior. Finasteride has no impact on cortisol levels, thyroid hormones, or cholesterol. It also has no effect on testosterone release.

Finasteride pills are of great interest to athletes who use anabolic steroids. The metabolite of testosterone called DHT is known to be responsible for most of the androgenic side effects caused by steroids. High levels of DHT that form in certain tissues are responsible for oily skin, acne, facial and body hair growth, and baldness. By minimizing testosterone production we should greatly reduce the risk of their occurrence.

How to take Finasteride?

There are no studies showing the exact dose required for steroid users. However, practice over the years shows that a 1 mg tablet of Finasteride a day is sufficient. It should be noted that Finasteride is a preparation that is used only when needed.