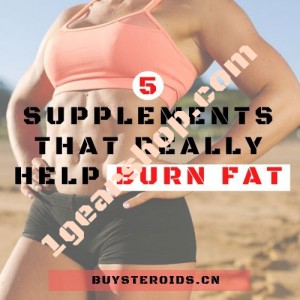 Want a reliable tip to lose weight? Then you need to consider these 5 supplements.

Want a reliable tip to lose weight? Then you need to consider these 5 supplements.

In the U.S. alone, year by year, $ 2.1 billion is spent on weight loss supplements. 15% of Americans try such supplements to lose weight.

Unfortunately, most of these supplements do not have any results. So a lot of money is given for nothing. Obviously it is a big problem, so it is important to know what really works, so as not to waste your money on useless things.

You haven't heard about it too often: iron is among the most effective weight loss supplements. That is why it is at the top of this list.

Should it be that simple? Of course not. There is a trick: I'm not talking about the iron from the pills, but the one in the gym:)! Weights and dumbbells are the best weight loss supplements! Full stop! Weight training speeds up fat burning. Even in small doses, only 2 sessions per week and you can achieve remarkable results.

So, before you start thinking about taking other weight loss supplements, start with the daily dose of iron ... at the gym!

Caffeine is among the most studied supplements on the planet. It is the most documented legal supplement for fat oxidation.

But you have to understand a few things about caffeine, they are important:

Most of the fatty acids released from the fat cells when the caffeine is ingested are recycled; only 25% of them are burned.

Acute oxidation of fatty acids does not always mean significant weight loss, in many cases weight loss is non-existent if there is no caloric deficit.

You can quickly adapt to caffeine, meaning it loses its efficiency, and cyclization is necessary.
It may temporarily increase insulin resistance.

Caffeine seems to have benefits for weight loss when used acutely; but in the longer term it does not seem to help much to lose weight.

So, if you are going to use caffeine as a weight loss agent, do it for short periods of time, and when you really need it (for example, when you want a high degree of muscle definition and try to burn the last fat percentage).

Green tea has a small but noticeable effect on weight loss. It contains compounds called catecholamines that can alter metabolism and increase fat burning. These compounds can be combined with caffeine, which increases caffeine's metabolic growth.

Drinking green tea is great, but you should drink a lot to get such effects. 4-5 cups a day make as much as 300 mg of a supplement with green tea extract. So it is more convenient to take it as supplement.

Yohimbine was initially researched for its aphrodisiac properties and its use for erectile dysfunction. More recent research suggests that it may have mild fat burning effects.

A research on football players showed that yohimbine reduced fat percentage by 2%, in people who already had low fat percentages. It is noteworthy, suggesting that it may be useful to those already fit.

But yohimbine comes with a number of side effects. It is known that it interacts with certain drugs or substances and in high doses can increase the cardiovascular events. There is also the problem of the correct dosage. Many supplements with yohimbine do not contain the written dose on the packaging. Moreover, it can increase anxiety for some.

It may burn some fat but comes with a long series of possible side effects.

Sinephrine, with the scientific name of a superhero, citrus uranium, can be seen as the younger sister of ephedrine. It has many of the characteristics of ephedrine, but slightly softer.

Synephrine has the potential, but there are no large, randomized, controlled trials to determine how effective is synephrine.